Parents and caregivers, are you looking for activities for students learning at home? Through April 24th, the Tennessee State Library and Archives will be posting primary sources from our collection here and on our Facebook page. These posts will include inquiry questions and short activities to help your students engage with social studies content while studying at home.

Today’s primary source is a published version of the inaugural address delivered by General Andrew Jackson to the American people after being elected President of the United States on March 4, 1829.

1) Why is Andrew Jackson making an inaugural address or a speech to the American people?

2) Why is Jackson increasing the size of the Navy?

3) What does he say about “Indian Tribes”?

Congratulations! You have been elected president of your class! Write a five-minute speech that you intend to deliver to your classmates. Include goals that you would like to accomplish as president.

Today’s primary source is an illustrated page, likely from Harper’s Weekly, depicting five scenes of quarantine rule in Memphis during the yellow fever epidemic of the 1870s. 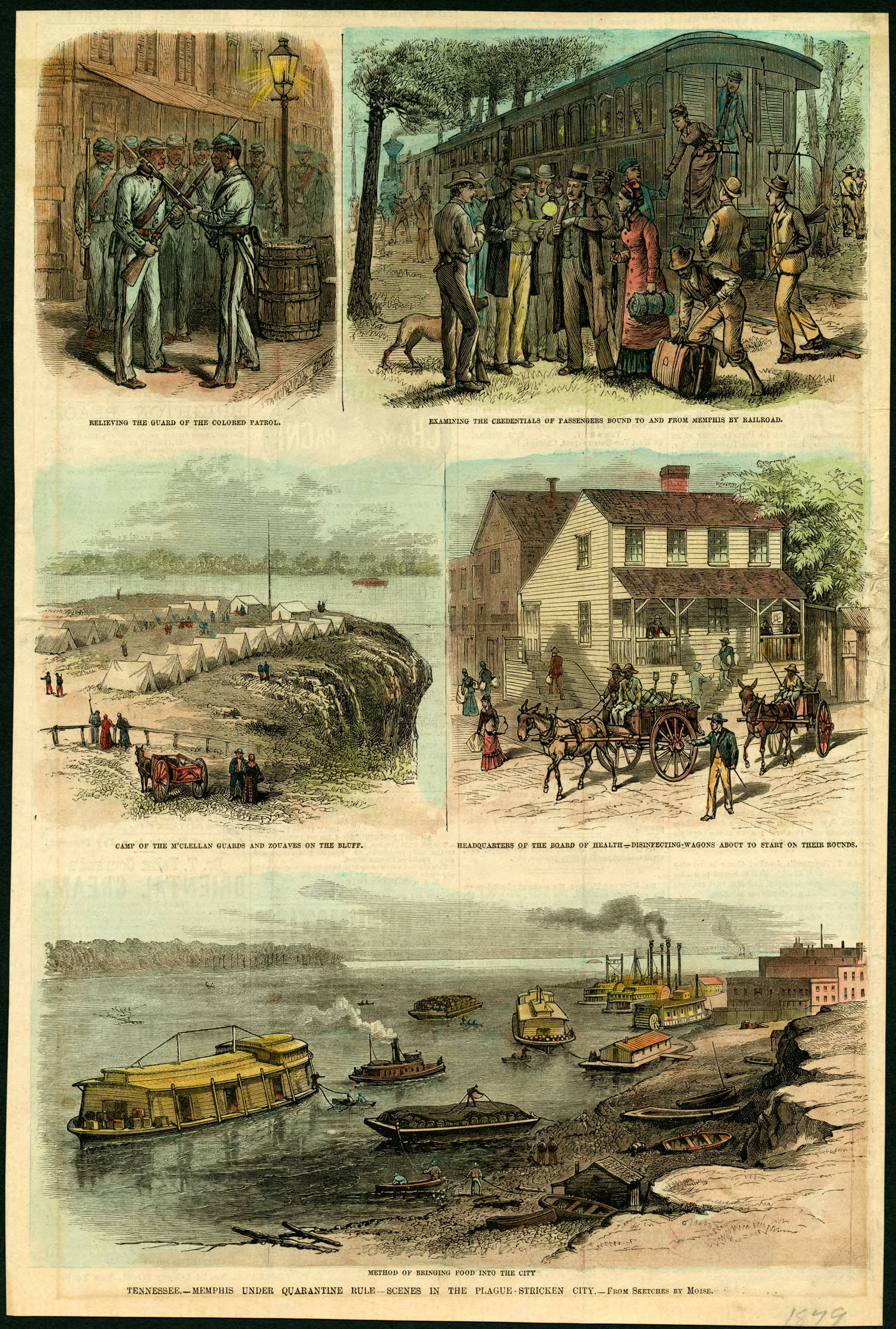 1) What is a plague? Why might a city need to be quarantined?

3) According to the illustrations, what steps did Memphis take to protect its citizens from this plague?

We are currently living through a worldwide pandemic and quarantine. Primary sources created right now will be used in the future to understand how we lived through this historic time. Write a short diary entry about how your life has changed over the last few weeks. How is school different? Has seeing your friends and family changed? Are you doing any new activities? How do you feel about this time of quarantine?

Today’s primary source is a photograph of the wreckage of the ship USS Maine in Havana, Cuba in 1898. 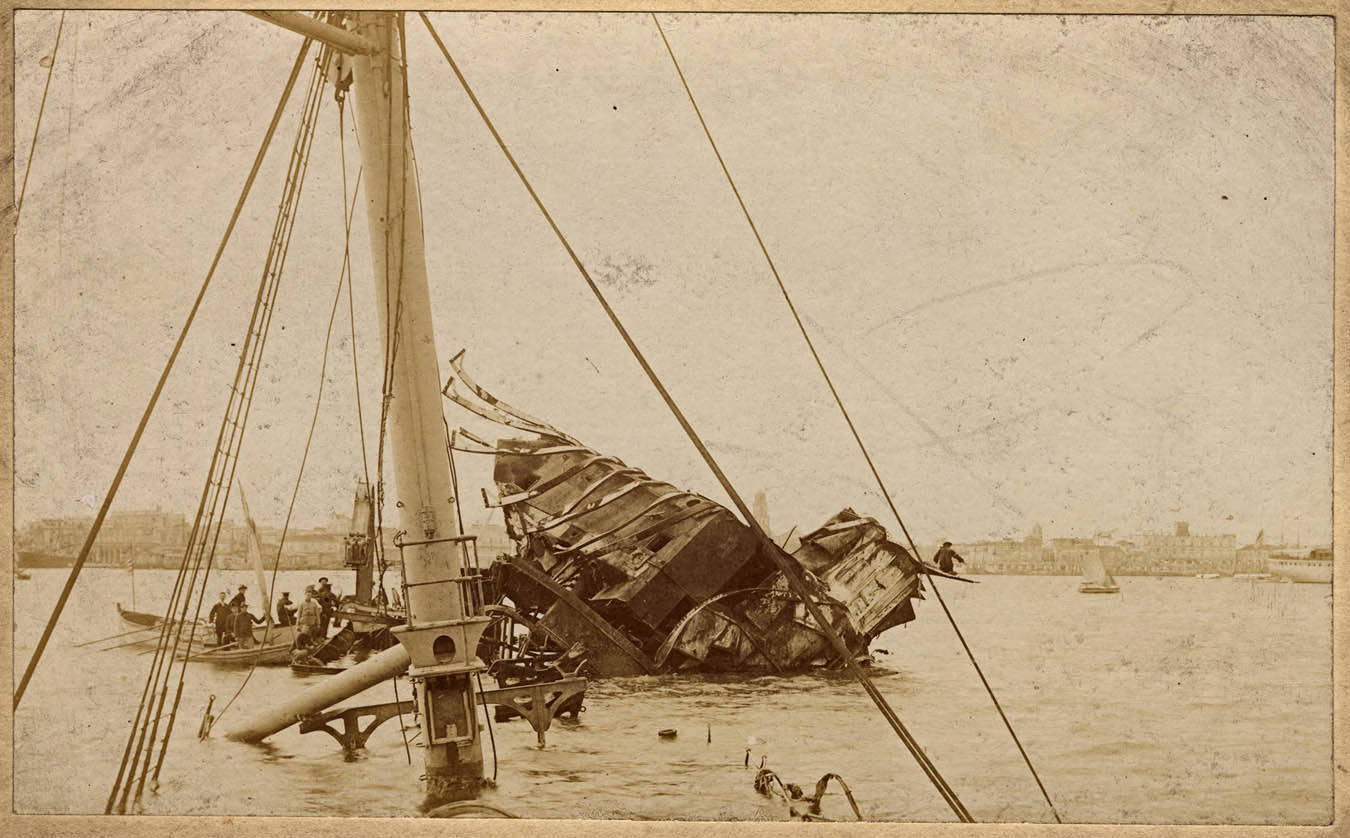 1) How do you think this ship got in this condition?

The sinking of the USS Maine became a major driving force that led to the outbreak of the Spanish American War between the United States and Spain. Rallying cries like "Remember the Maine, to Heck with Spain!" were created. Spend some time researching the Spanish American war and then create your own rallying cry in response to the sinking of the Maine. You can be pro-war or anti-war.

Today’s primary source is a political cartoon drawn by long-time cartoonist for the Nashville Banner, Jack Knox. It appeared on December 17, 1941 during World War II. 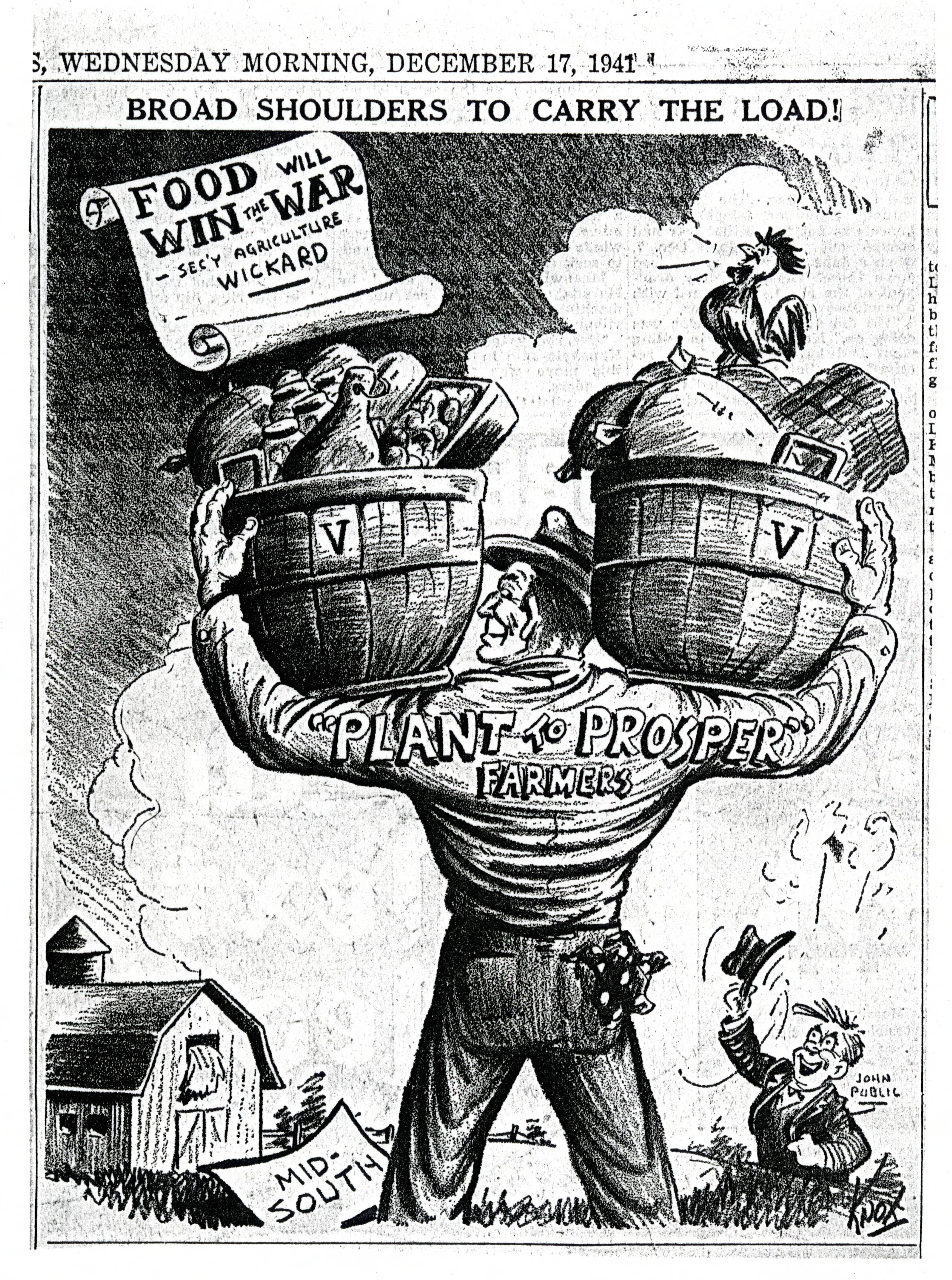 1) What type of source is this?

3) What do the “V”s represent on the baskets of food?

4) State the message of this cartoon in one sentence (no more than ten words).

In this political cartoon, the artist is showing the government’s “Plant to Prosper” campaign, which urged farmers to continue working on their farms during this time of food shortage. Pick a subject, such as women in World War II, rationing, food shortage, etc. and draw your own political cartoon.

Today’s primary source is from our Tennessee Postcard Collection and features State Street in Bristol, Tennessee. The center line of State Street is also the border between Tennessee & Virginia. 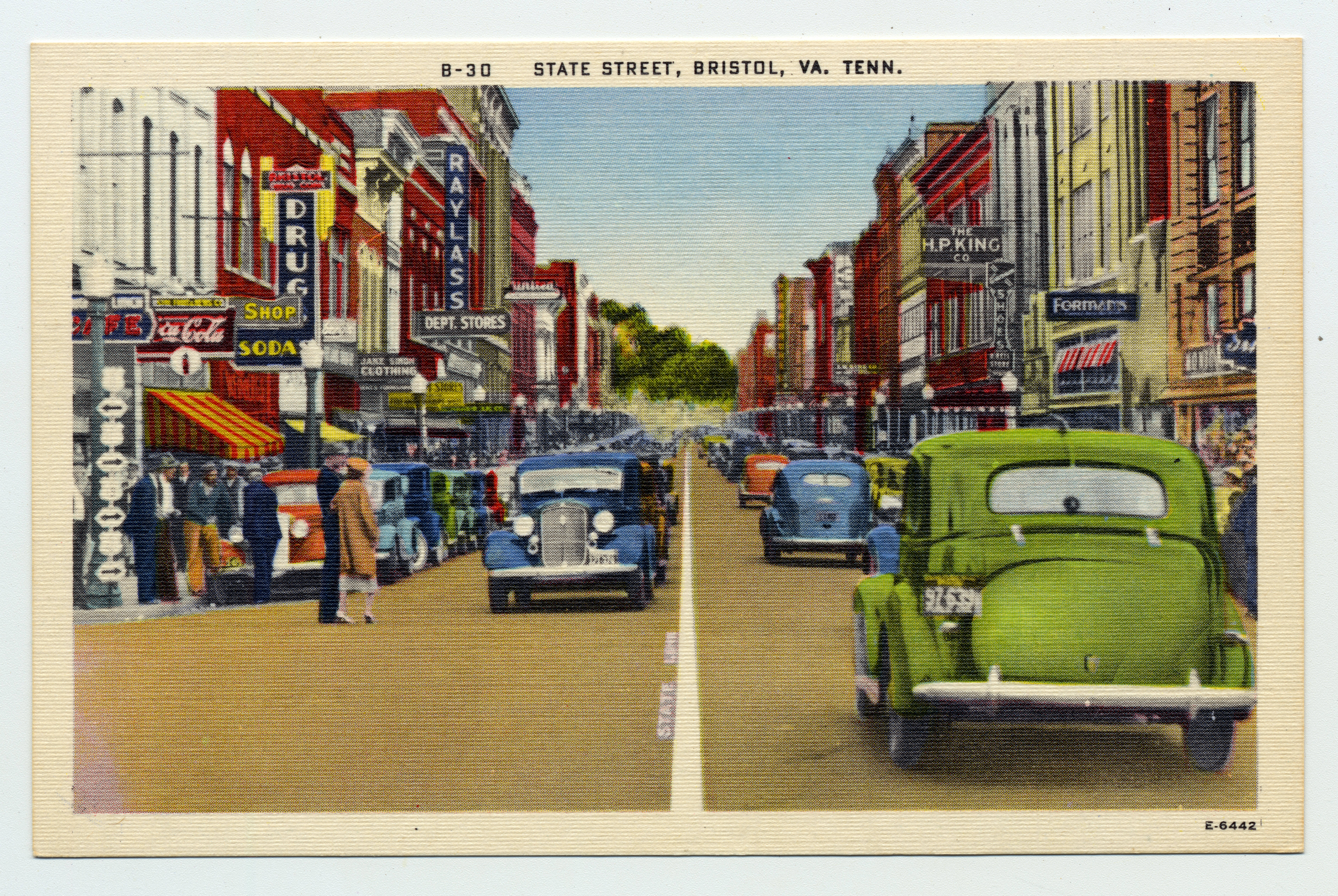 1) Take a few minutes to study this postcard. What is happening in the illustration?