Parents and caregivers, are you looking for activities for students learning at home? Through April 24th, the Tennessee State Library and Archives will be posting primary sources from our collection here and on our Facebook page. These posts will include inquiry questions and short activities to help your students engage with social studies content while studying at home.

Today’s primary source is a poster published by the Office of War Information during World War II. 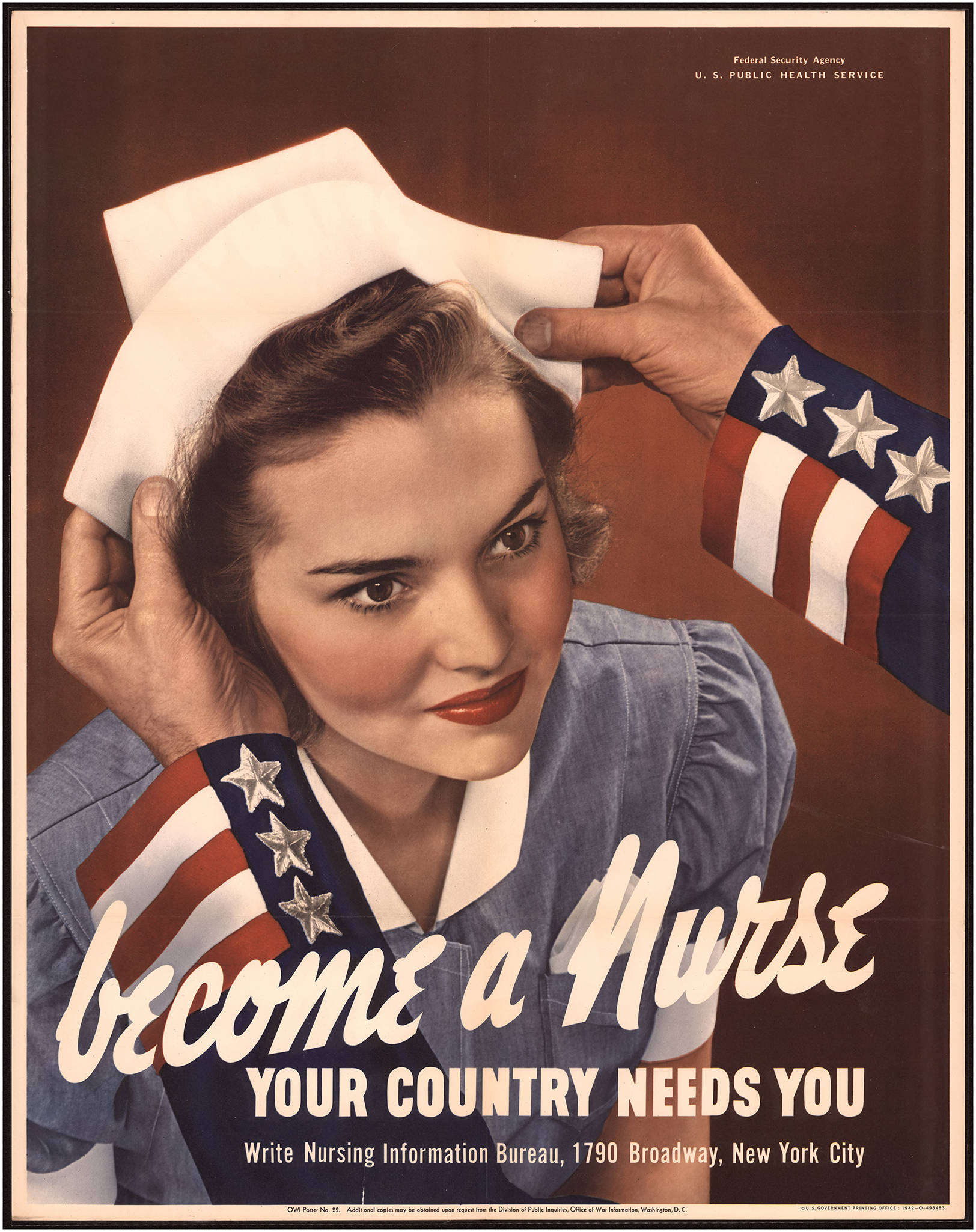 1) What do you notice about this poster?

2) What is the purpose of this poster?

3) Why do you think women were recruited to be nurses during World War II?

Pick another job that you think was important for women during World War II. Design a poster to recruit women for this job.

Today’s primary source is a poster published by the Office of War Information during World War II. 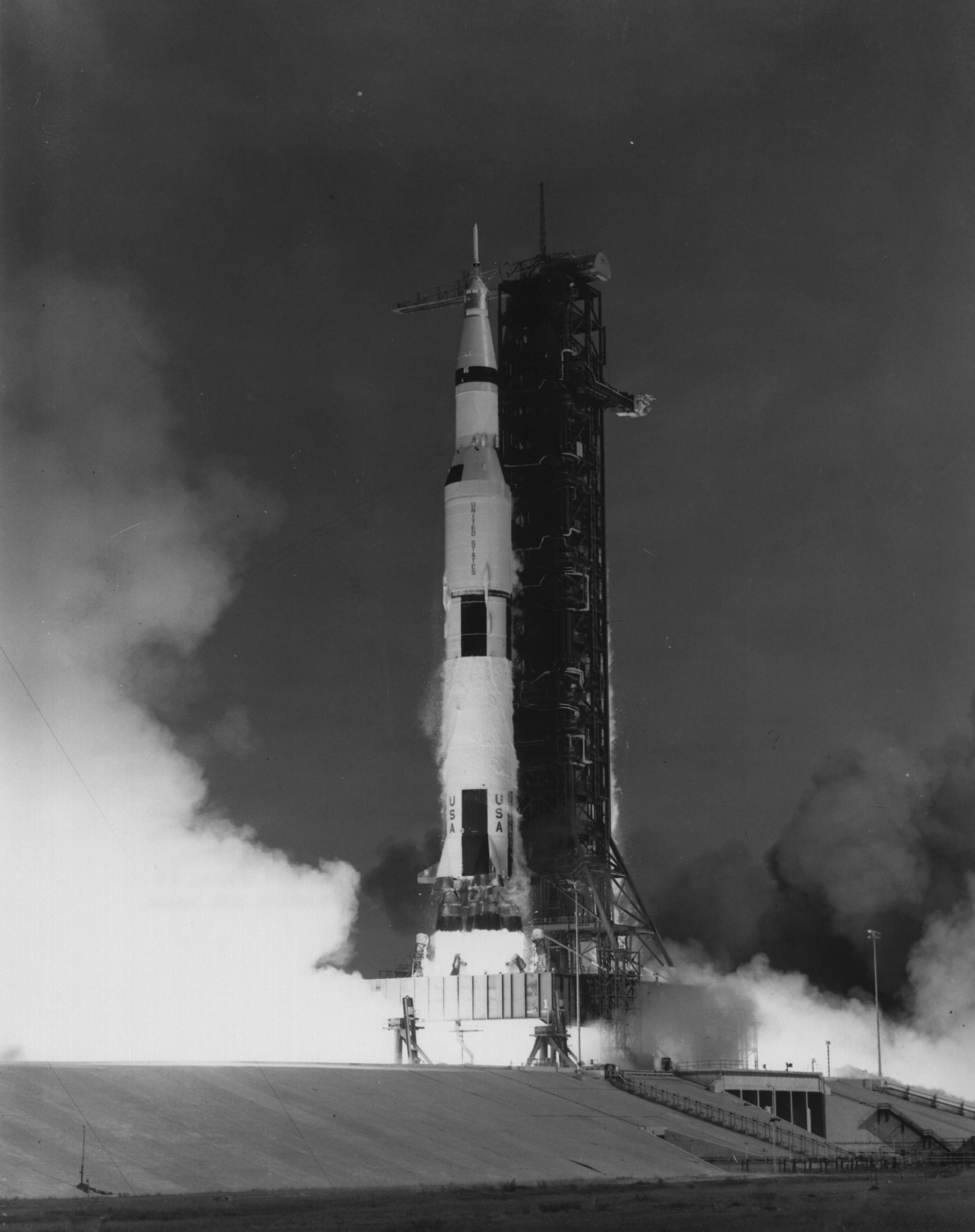 1) What was the remarkable and history-making event that Apollo 11 accomplished?

2) How many crew members were on this spaceflight?

3) Who described this space event as, “One small step for [a] man, one giant leap for mankind?”

Imagine you’re a news reporter for a major television network. List five questions you’d ask the Apollo 11 astronauts. Design a spacecraft and explain the details of your design. What subjects in school do you think astronauts had to focus on, and why?

Today’s primary source is a map tracing the route taken by Meriwether Lewis and William Clark to explore the newly acquired Louisiana Purchase, beginning in 1804.

2) What types of physical features can you point out?

3) Why would someone create this map - what is the purpose of it? Who created it?

Compare the historical journey that Lewis and Clark took (without the benefit of maps) with a modern-day topographical map. Imagine that you have been tasked with reaching the Pacific Ocean on foot. You begin in Memphis, near the Mississippi River. What major cities would you pass on your journey? What route did Lewis and Clark take? Would you take the same route? Why or why not? Do you pass any rivers or mountains? Circle any major cities, rivers, or mountains on your modern map that you plan to see on your journey.

Today’s primary source is a political cartoon about the Scopes Trial held in Dayton, Tennessee in 1925. The trial, formally known as The State of Tennessee vs. John T. Scopes, was the legal prosecution of science teacher John T. Scopes for teaching evolution in a public school in Tennessee. 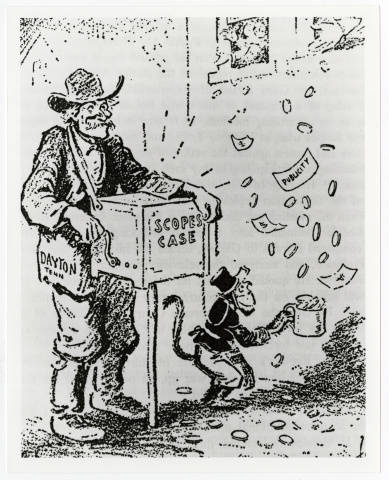 1) Why was this trial nicknamed "The Monkey Trial"?

2) Who were the major players involved?

3) Why was the teaching of evolution illegal in Tennessee in 1925?

4) What was the outcome of the trial?

5) How did the trial impact Dayton, Tennessee?

The teaching of evolution was heavily debated among members of the scientific and religious communities at the time. The Scopes "Monkey" Trial is one of the critical events of this controversy and one of the landmark legal decisions of the twentieth century. Draw your own political cartoon for the Scopes Trial based on what you’ve learned about this trial. What do you think is important to include?

Today’s primary source is a newspaper article from the Chattanooga Times about the Coca-Cola Bottling company, founded in Chattanooga. 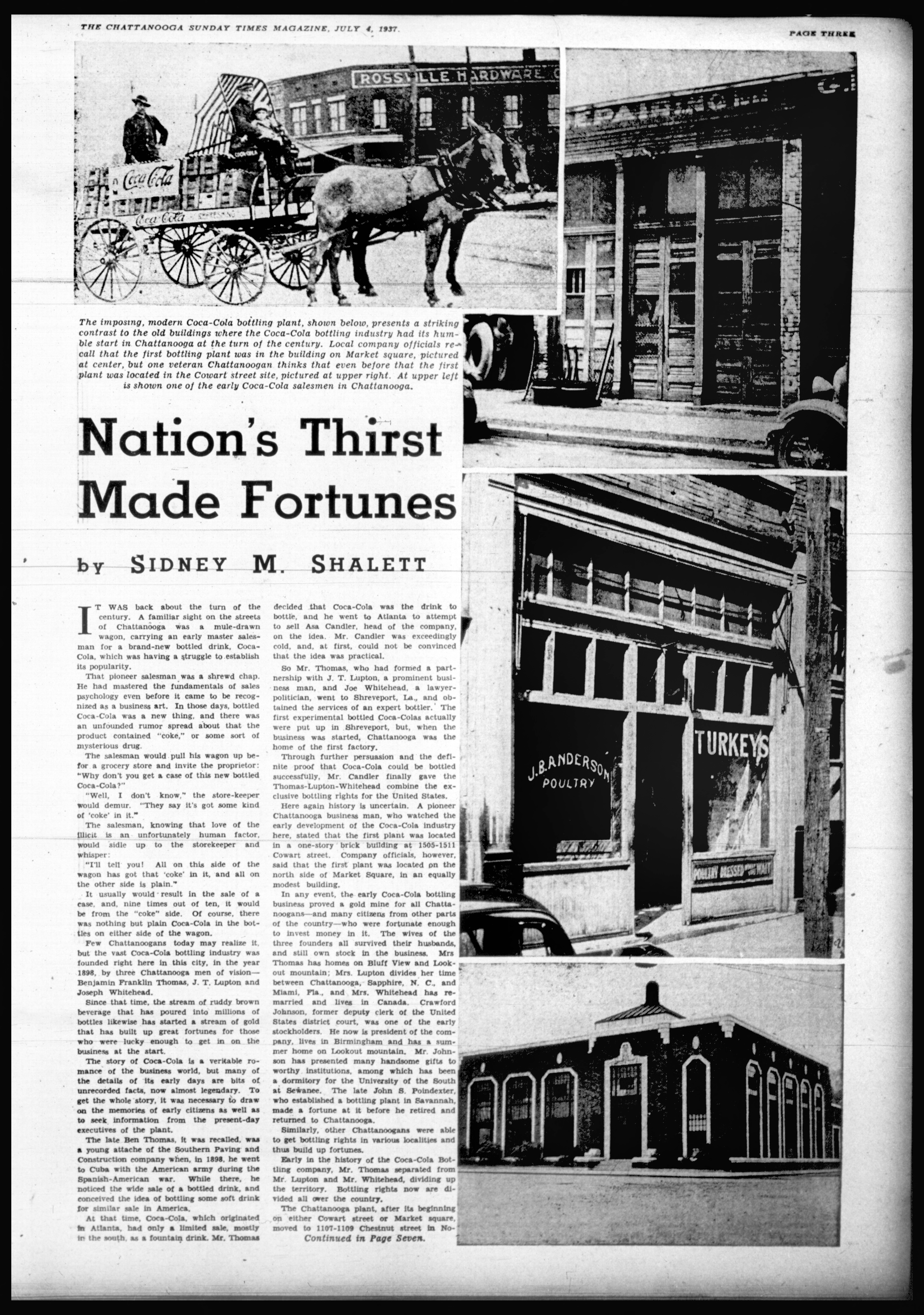 1) What did you learn about the Coca-Cola Company from reading the article?

2) Pay attention to the pictures included in the article. What additional information do these images provide?

3) What information, if you had it, would make this article easier to understand?

4) Does the author’s word choice or spelling reflect the historical period? Give specific examples.